Stare Decisis and The Problem Of Encouraging Lying 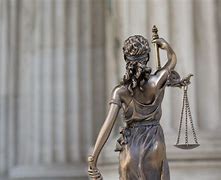 Are we supposed to believe that the Justices who have signed on to the draft opinion shouting that Roe was “always” “egregiously wrong” – since it was decided in 1973 (almost fifty years ago) – were truth-telling during their confirmations when they praised Roe as “important” precedent that they’d never really thought about?

If so, we should quit this stupid game. This all started back in the ’80s when Judge Bork lost his confirmation battle for telling the truth about his antipathy toward Roe. At some point, like-minded judges decided that it was okay to conceal their thoughts on the subject rather than tell the truth. Our Representatives encouraged the untruths by idly sitting by twiddling their thumbs instead of doing their job of providing the Executive with good advice and consent. Now, we are stuck with a tarnished Supreme Court.