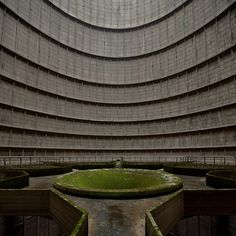 Marketing can cover a lot of warts. Meanwhile, in the real world, people behave in line with our experience and the incentives put in front of them, even where it conflicts with what we know to be right and wrong. From the NYT,

Mr. Williams said a State Farm claims adjuster told him that she did not believe his version of events. “We have a lot of fraud in your area,” he said the adjuster had told him. Like the majority of people in his neighborhood, Mr. Williams, 58, is Black.State Farm eventually paid Mr. Williams a small fraction of his claim. By then, his expenses had snowballed. He sold his buildings to pay his bills. Insurers have a strong incentive to pay as little as possible in customer claims, since their business consists mainly of inflows of money from policy premiums and outflows from claims payouts, which they call “losses.”

If you don’t subscribe , this is also from the NYT story,

Last year, the Equal Employment Opportunity Commission agreed with Ms. Campbell-Jackson, saying that State Farm discriminated against her. She has also sued State Farm, accusing it of discrimination and retaliation. After she came across Mr. Williams’s lawsuit, she agreed to testify on his behalf. Mr. Williams is hoping that Ms. Campbell-Jackson’s testimony will strengthen his request for class certification by offering a view from inside State Farm of the treatment of Black customers.

Insurance isn’t the only place where we find ethnic disparities in quality. I’ve written before about racial disparity in the quality of health care delivery.

The original IOM report was followed up with another report that was equally alarming. IOM found and reported that racial and ethnic disparity exists in the delivery of health care regardless of income or insurance coverage.

“Disparities in the health care delivered to racial and ethnic minorities are real and are associated with worse outcomes in many cases, which is unacceptable,” said Dr. Alan Nelson, chairman of the Committee on Understanding and Eliminating Racial and Ethnic Disparities in Health Care.

According to one review of the report, blacks or African-Americans often get second class care resulting in higher death rates from HIV/AIDS, cancer and heart disease.[3]

The IOM report cited time pressures on physicians, provider bias against minorities, language barriers and geographic proximity as explanations for these unreported deaths from medical error.

Honesty and transparency enforced according guidelines recommended by the CDC would spur a new ‘patient-centric’ movement to improve safety, mortality and outcomes.

My original post on medical errors and the ethnic disparity in health care quality is here: Disparities in medical care.