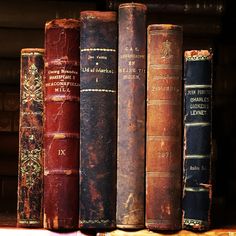 The year was 1951. According to Myrtis Smith, they were running numbers and gambling down at Ambassador Billiards on Avery Street. Bob Null, the Justice of the Peace, dutifully took the complaint, carefully transcribing Myrtis’ words: “something that happened in her family in relation to the losing of some money” by her husband, Emerson.

Null knew about the Ambassador. It was laid out as restaurant in front, a pool room in the middle, and a “game room” in the back. That back room – the “poker joint’ – was the source of Myrtis’ ire. It was that back room where she thought her husband had lost her money in a card game. Without a second thought, she’d marched herself down there looking for satisfaction from JC George (the Ambassador’s operator) – of which she found none. She did walk out with a new plan, however. She was prepared to tell Justice Null about the number running she saw while there.

When nothing happened after her meeting with Justice of the Peace Null, Myrtis sent Laywer Jacobs to Null’s shop to show him more written complaints from other wives and a search warrant for “lottery tickets and gaming paraphernalia” that might be found on premises. Null signed the warrants and several men agreed to accompany the search party with Lawyer Jacobs.

A grand jury on the matter was convened by my Grandfather, Walter Timothy Crofton, who served as the Wood County Prosecutor, with Null verifying that “I have evidence tending to prove that the City Administration has been engaged in a protection racket, protecting these underworld characters from raids and prosecution”. During questioning in front of the grand jury by my Grandfather, Null explained that “You have four sources of information; Four people have been paying off … the fourth person is Bertrus M. Abdella.”

Bert Abdella (lifelong resident of Parkersburg with a wife and one child) worked at the Ambassador. FB Kaltnecker  also worked there serving the beer and taking care of the pool tables. On the day they raided the Ambassador, Abdella arrived for his shift and asked Kaltnecker to wait to have coffee with him before leaving. Abdella then went to the bathroom. That was how Abdella ended up on the stand being questioned by my Grandfather.

After Abdella’s trial and conviction, there was an appeal that focused on my Grandfather calling Abdella as a witness in front of the grand jury. The issue was whether this questioning provided Abdella immunity before trial as being incriminating and violating his rights against testifying against himself.

The Supreme Court made much of my Grandfather’s “adroit questioning” of Abdella in front of the grand jury, including the “use of questions which inherently contained the idea” that Abdella “had been engaged in the same illegal activities that were under investigation” but without coming right out and saying so. The Supremes seemed impressed that each question that my Grandfather asked of Abdella was intentionally circumspect. In their ruling, they noted that “nevertheless veiled in the questions and answers is the  underlying thought that the defendant was engaged in such activities as may have prompted him to pay for protection.”

Citing to a US Supreme Court case involving the locally relevant villain Aaron Burr, the West Virginia Supremes ruled that Abdella had at least inferentially been immunized when put before the grand jury by my Grandfather.

My grandfather was part of the greatest generation. He fought in World War II with the Navy. After, he drove a cab in Washington, DC to put himself through Georgetown law. He was a devout Catholic and an insane fan of any Jesuit sports team. He was an Irish tough and a celebrated world traveler whose thirst for knowledge and experience seemed unquenchable.

I mostly remember my Grandfather for the farm where he played opera at ear splitting decibels and brought me out to help around the barn and pond. I even shucked oysters and tended bar when he entertained the local hooligans, friends, outlaws, and street toughs that he liked to have around. Like Injun Joe, Eddy Gillespie ….

And Raymond Abdella (who I heard was the bag man for the Parkersburg rackets).

I wrote about my Grandfather a few years back here. But I didn’t mention this story.