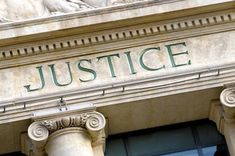 The J6 Committee’s hearings are making it pretty clear that Giuliani, Sydney Powell, Jenna Ellis, and Lin Wood don’t have much protection. But we knew that from the sanctions entered against them in the courts where they appeared for the ex-president. Now the attention turns to the suits filed by the election machine manufacturers against the deep pockets who could be responsible for staggering compensatory and punitive awards for deliberately airing false information about the companies’ products.

On the heels of the Palin (win for the Defendant NYT) and Depp (win for the Plaintiff) defamation cases, comes a case that could bankrupt Fox News Corp. if it goes to trial. That kind of accountability – the kind that could alter the global media landscape – will be interesting to watch.

Here is a link to the story:

Dominion Suit Against Fox Proceeds Toward A Trial Date

And here are links to my posts on defamation claims and how they worked out in the Palin and Depp trials.