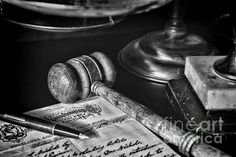 Yesterday, the Judge in Sarah Palin’s trial against the New York Times announced that he was dismissing her claims at the end of trial but allowing the jury to proceed. This move is often referred to as one of “judicial economy” as it can save the court and parties time later.

Getting to trial against a publisher as a celebrity or “public figure” is difficult because of the precedent set in New York Times v. Sullivan.

In Sullivan, the United States Supreme Court set the standard in cases by public figures against publishers. It changed the rules for defamation or slander cases for public figures (as opposed or ordinary, private citizens). Rather than negligence, recklessness or wanton conduct (the kind that can give rise to punitive damages), the Court ruled that the public figure must prove “actual malice” on the part of the publisher.

The Palin case involves an editorial published by the Times linking fiery political rhetoric like the kind Palin has used to a mass shooting in Arizona. The Judge may have allowed the case to proceed to trial knowing that dismissal was in the cards. But by allowing the jury to decide (without knowing about his dismissal), he will provide the Court on any appeal to consider what the jury thought. If the jury comes back against Palin, it provides additional weight to the Times’ defense that the case should not be allowed to proceed further. If the jury comes back for Palin, the case will remain dismissed but the jury verdict for her might be viewed on appeal by some judges as evidence that the trial should have gone forward. The appeals court could reverse the dismissal and allow the verdict to stand, saving everyone time and money.