“Delta cannot give you your Gate Information. Only Google can do that.” 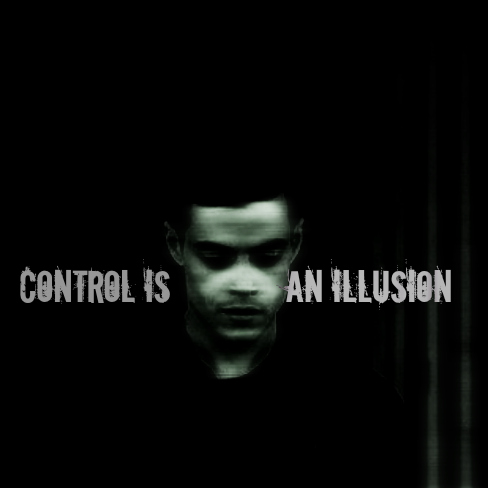 I need to vent about my business travel on Sunday through Tuesday, trying to make it to mediation in Charleston, South Carolina. On Sunday afternoon, the Hartsfield International Airport shut down due to a power outage caused when a Georgia Power and Light worker cut the wrong cable and all of the backup substations caught fire – resulting in the paralysis of the “busiest airport in the world.” You can find my travel posts from the Atlanta Hartsfield Airport earlier this week here and here.

When the lights went out, I initially thought they’d come right back on. But an hour passed without any word or power (except for a few emergency lights, all of the power was down including all of the outlets, phones and gate monitors), so I suspected my flight was in danger. There were two other flights to Charleston that night, so I had reason to hope but no information about whether they were still on or had seats available. The voice over the loudspeaker claimed to be without any information as to the cause or extent of the outage (laughably false). Meanwhile, we could see planes piling up motionless on the runways. And fire trucks (six in all) were speeding onto the tarmac and across the runways to Concourse C. I never saw any smoke, fire or firemen working on anything identifiable.

A guy outside in the cold rain and wearing civilian clothes (no uniform) walked up a stairway next to my gate and opened the door. A fire truck with lights and sirens rushed by as he opened the door and stepped inside. While the door was open, you could hear the frozen swoosh of the firetruck tires on the wet tarmac and its loud wailing siren. For a brief moment before the door closed behind him, you could feel the cold winter air rush in. This guy, after stepping inside and closing the door behind him, immediately turned and faced the door to the outside. On the door, there were large signs warning not to open unless in case of emergency. Sirens and alarms would sound, the warnings clearly continued,  if the door opened. He opened the door. The lights and sirens went off. They were loud and covered the five or six gate area end of Concourse F. The guy, without even a shrug, closed the door and walked away into the terminal. The sirens continued wailing for an hour while we waited for an airport employee to enter the alarm code and shut it off. He didn’t know how to turn the flashing lights off, he explained into his walkie-talkie. Then, he walked away with it – backlit by the flashing lights that continued to alert us the rest of the afternoon and evening. To what, we couldn’t guess.

As the hours dragged on, we all did our best to preserve what we could of the power on our devices. There being no source of reliable information, fellow passengers shared information with each other about whether it made more sense to stay or leave. There were stories about passengers stuck on trains and elevators. It was said that the automatic doors leaving the airport were stuck, leaving thousands of passengers stuck between TSA and the doors to the outside.

“When you see the planes start to move or the lights come back on, that’s good news”, we were told. The planes did not move. The lights did not come back on. We were never told anything about the cause or extent of the power outage, but it was clear that the backup generators were not coming on. Rumors had it that the areas around the airport were also dark.

After four hours of this, I moved into the line at the unattended Concourse F customer service desk. There were hundreds of others in the line, hoping for the power and the customer service agents to reappear. People were using their phones to access the Delta app and check whatever news and flight information was available. I was using friends and family to search the area for rental cars in case I decided to leave. But the drive to Charleston was five and a half hours each way. The line inched forward, not because people were being helped, but because people grew tired of waiting in the line without any hope of help. By my thinking, the power might come on just as I reached the front of the line and beaming and helpful assistants would come streaming out of the doors behind the counter and immediately fashion a quick remedy for me on their rebooted computers. It almost worked. As I approached the counters – my third hour in line – the lights flickered on at 7:00 PM. A weak and short lived cheer went up in the terminal. Shortly, a few sickly looking agents wearily sulked to their machines at the counter. The monitors above them scowled darkly – frozen in some kind of blue screen of death limbo. There were a few grumbles from the agents about the machines “not working” (and, to each other quietly in hushed tones, “Are you connected?”) while a tech guy or two shuffled in and out. A traveler in a foreign tongue started shouting thinly veiled obscenities about the lack of information. A young man traveling with his daughter cut in front of me in line (twice) complaining about losing his job in the morning if he wasn’t in Charleston. I believed him, so I let it go. The passengers in front of me had complicated problems and unanswerable questions that kept me standing at the front of the line for a half hour after the lights came on. There was a 10 to Charleston but it appeared to be booked and seemed impossible in any case so I asked for the 0830 on Monday and a voucher – if I caught that 0830 I’d still probably make the mediation in time. I got both – the 0830 boarding pass and the hotel voucher. But the boarding pass in my hand felt as useful as a losing lotto ticket.

As I left through the International Terminal, the only thing I could think of was the kind of mass exodus of people from a war zone or zombie apocalypse. There must have been five thousand people standing around in one  mass grouping (was there a line in there somewhere?) shouting in foreign languages, huddling around their children, lugging giant suitcases filled with god-knows-what and talking on cell phones in desperate tones.

I stood for an hour in a taxi line, fell down at a nearby hotel and returned the next day at 0500 on a shuttle after a few hours of restless shut eye. Nothing could have prepared me for what I found back at Hartsfield. There were another ten thousand milling about the ticket counters, ringed by dozens of television lights, camera crews and reporters in bad wigs and hair extensions. The torture porn that is our media industrial complex had descended. I walked past all of that with my messenger bag and went straight to a ‘surreally’ empty TSA. I hustled through without even looking for monitors, thinking I’d catch the ones at the train. My boarding pass didn’t have the gate information for my flight.

But the escalators to the trains were out. And at the bottom of them, there were no trains. And the monitors were still black. What fresh hell was this? I joined the throngs herded along by uniformed agents that were walking the tunnels to the various concourses. Before reaching Concourse A, I approached two agents talking to each other. “Where do I get my gate information for this flight?” I asked, shoving my boarding pass / sheet of toilet paper in their faces. “You need to Google your flight number,” she said. There was a long pause while my brain continued its final meltdown. “Wait, what? Do what?”, I managed to stammer. She repeated, “Type your flight number into Google, sir.” I stared at her during another long pause. After a few moments of this, she volunteered, “Delta cannot give you your flight information. Only Google can.” Stunned, I walked over to a garbage can, set my tablet on it and entered my flight number into Google. Sure enough, an image of a flight ticket appeared bearing direction to ‘A Concourse’. I was essentially there, though after going up the escalator I realized that the Gate number was in fact at the end of Terminal A. It took a while to get there.  This was not my gate. But these monitors were on and my flight was listed on Concourse C. I double checked before leaving and walking the length of A concourse, back down the escalator and into the dark tunnels. People were still sleeping on the floor in the concourse tunnels – lined up from concourse to concourse along the metal sides of the moving walkway (that was moving). When I got to the end of Concourse C, I watched a Chicago flight board and leave. Then, Cleveland. A good sign given the rumor I’d heard that nothing would be leaving before the afternoon. I saw my flight crew arrive and board. The boarding process began. I re-booked my rental car for an 0930 pickup, confident enough to pay up front this time. I let everyone in my case know to expect me on time at the Mediation, strutting at my skills in navigating the situation so expertly. Once boarded, the announcement came: we had no pilot. Not to fear, we were told, “we” are expecting him soon. The flight attendant told several jokes to lighten the mood and then announced a delay to 11:00. Then, we were told to deplane.

The organization of our lives can seem like an illusion. We shouldn’t place blind faith in these giant utilities, governments or these multinational corporations and their products and services – there’s “a lot of bad wood underneath the veneer” as the song goes. Its a good thing to keep in mind as we go blissfully about our lives. I don’t know if that young man got fired. I was only a few hours late to my mediation – and had co-counsel there covering for me – so everything on my end turned out fine. But if, like me, you are happy to have toughed out this economy as the owner or operator of a small business (despite all the obstacles constantly thrown in our way by the big boys) we need to find a new way to make our quality lemonade without relying so heavily upon faceless behemoths that don’t have our interests at heart.

H/T to Mr. Robot for the image and Radiohead for the lyrics.
Tags:Personal Injury Trial Lawyer