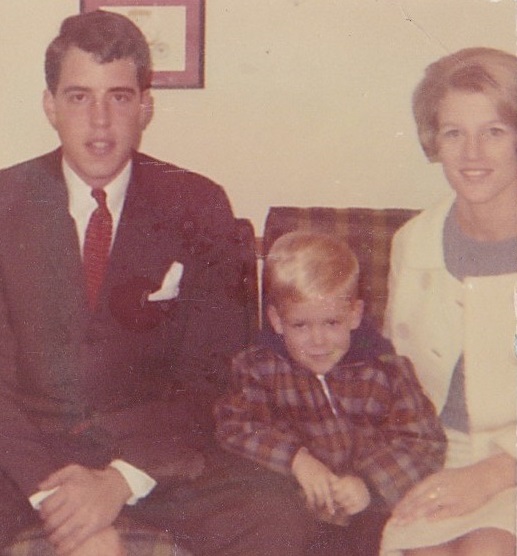 I see a lot of connection in my head that I can’t make on paper, and consequently I have no real image of what I’m doing. That “American Dream” notion becomes increasingly meaningless—mainly because it fits everything I write, and most of what I read. You might as well have told me to write a book about Truth and Wisdom.

I was born during the last gasp of the Baby Boomer generation that ended in 1964. My parents’ generation rode the wave stoked by America’s Greatest Generation, beginning in postwar optimism and ending in paranoid Cold War fear. The big changes and nightmares of the sixties were still to come. At that time, the firmament of the American Dream remained an unquestioned belief in the ability of each successive generation to best the accomplishments of the one that came before.

(How’s that working out?)

[T]he idea that came to me tonight took the form of a query letter (a form letter of sorts) to perhaps 30 of the people I might be dealing with in this investigation sort of “Dear Sir, I’m investigating a rumor that somebody killed the American Dream and since the neighbors recently reported screams from your apartment, I thought I’d ask if you might possibly be able to suggest an explanation for these rumors, and perhaps name a few suspects.” [. . .] Let’s make the bastards answer: 1) Is the American Dream still pertinent? 2) If so, how does it apply in re: The War in Vietnam? The US Balance of Payment? Andy Warhol? The Politics of Joy? The editorial policies of the New York Times? Ed Sullivan?

As he feared, HST was never able to put sufficient form to the idea to make anything he felt ought to be published. But his work survives in the form of his letters, particularly Volume II of Fear And Loathing In America: The Gonzo Letters. The dog eared pages of my three volume set are well worn – if not put to any particularly good use.

It can hardly be argued – judged by the terms of the original deal – that the American Dream is dead. More than fifty years since Thompson struggled to explain what he felt happening, there can’t be any question about that particular experiment. It’s over. The Millenials are screwed – and they know it.

With every paroxysm and fitful seizure, our body politic is slouching and convulsing each day toward some ignominious end. Presumably, a hairball or some similar partly digested mucous plug will be coughed up before the corpse drops dead officially. Maybe the answers will be in there – should anyone care to have it analyzed.

We had it all in our grasp. A representative democracy that the custodians of our demise could brag on as “that shining city on a hill” – even as they ushered in the darkness. A system of justice that showed “no fear or favor”, which looks increasingly like a luxury we have no problem discarding. A health care system that was the envy of the world, which now produces lowering rates of insured, lowering life expectancies and skyrocketing rates of alarming injuries to children and newborns. The American Project today all has the feel of a third world death rattle.

Maybe I’m wrong. We lost a lot of good rock and rollers in 2017 and that could be coloring my view of things. But I don’t think so. If you’re comfortable with the death rattle (or, worse yet, don’t believe it is happening), stand back. Because I’m not comfortable with it. And I’m going down swinging.