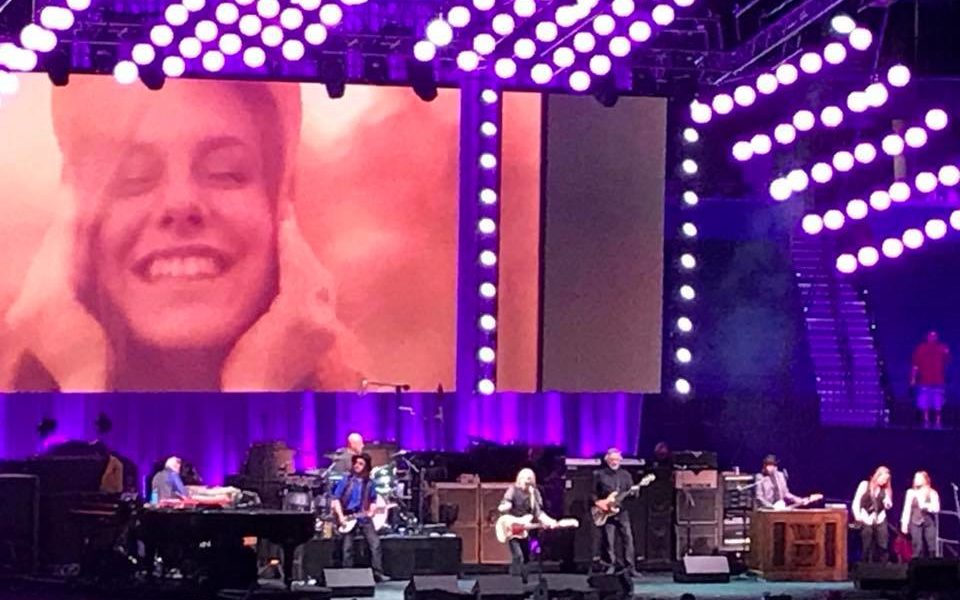 I saw Tom Petty and The Heartbreakers on their Anniversary Tour in Tampa in May of 2017. The show was epic in a way that only a few artists with a huge back catalog of instantly recognizable songs could pull off. The fact that we were all Floridians traveling in the same time machine back to a more glorious era didn’t hurt. Petty seemed to be genuinely having the time of his life in a room filled with lifelong friends. In October, he was gone. Just vanished. From an accidental overdose of Fentanyl and other pain relievers. He’d been touring on a broken hip apparently.

A general flavor of mild decay. But nothing local, as one might say.

This is the first year I can remember losing so many music heroes. We lost David Bowie along with Prince in early 2016, but 2017 seemed to be the year when the all the music literally died. And more than a few of these had their struggles with substances and emotional issues. Which makes them, despite being sensitive artists, not so very different from many of us. These are challenging times, not like the sunshine heyday of 1976 that I remember so vividly. We’ve all been consuming the same air and ambience – maybe it just got to some of us sooner than others.

There is not much mental distance between a feeling of having been screwed and the ethic of total retaliation, or at least  the kind of random revenge that comes with outraging the public decency.

Here is what Tom Petty’s family wanted us to know:

“WE KNEW BEFORE THE (Medical Examiner’s) REPORT WAS SHARED WITH US THAT HE WAS PRESCRIBED VARIOUS PAIN MEDICATIONS FOR A MULTITUDE OF ISSUES INCLUDING FENTANYL PATCHES AND WE FEEL CONFIDENT THAT THIS WAS, AS THE CORONER FOUND, AN UNFORTUNATE ACCIDENT.

AS A FAMILY WE RECOGNIZE THIS REPORT MAY SPARK A FURTHER DISCUSSION ON THE OPIOID CRISIS AND WE FEEL THAT IT IS A HEALTHY AND NECESSARY DISCUSSION AND WE HOPE IN SOME WAY THIS REPORT CAN SAVE LIVES. MANY PEOPLE WHO OVERDOSE BEGIN WITH A LEGITIMATE INJURY OR SIMPLY DO NOT UNDERSTAND THE POTENCY AND DEADLY NATURE OF THESE MEDICATIONS.”

I’ve lost friends and clients this way. Good ones. And I blog frequently about the opioid crisis because many of my clients are in a great deal of pain. They aren’t superstars, cherished by adoring fans. They suffer in relative silence and sometimes with limited resources afforded them in what can often be a difficult society for people who need serious medical attention. I blog about that here a lot too. You’ll see the phrase Quality Fraud come up a lot because that is something that I feel summarizes the essence of our problem: costly care and insurance without the transparency necessary to ensure value for return on investment. David Brill’s Time Magazine piece called “The Bitterest  Pill” is a good place to start if you are interested. I blogged about it in late 2016 here (The Bitterest Pill).